By Eric Nyasha Mhunduru
LAST week, Namibia Breweries Limited (NBL) – a subsidiary of the Ohlthaver & List (O&L) Group – and Help our Rhino NOW.Namibia (HoRN. nam) (both supporters of the Intelligence Support Against Poaching – ISAP), financially rewarded four farmworkers for their brave and courageous act and contribution that led to the arrest of three suspected rhino poachers. END_OF_DOCUMENT_TOKEN_TO_BE_REPLACED

On Wednesday, 18 April 2018, four (4) farmworkers each received a financial reward for their brave and courageous act and contribution that led to the arrest of three (3) suspected rhino poachers. The arrest of the suspected rhino poachers in the Omaheke Region over the Easter weekend by farm workers is testimony of Namibians’ bold and courageous stand to protect our environment and its wildlife, in particular the endangered rhino specie. END_OF_DOCUMENT_TOKEN_TO_BE_REPLACED

HoRN.Nam on the move
Nadia Meding
A few months (9 June) ago Jaco Muller officially launched Help our Rhinos Now Namibia (HoRN.Nam), a non-profit organization in Okahandja to help in the efforts to eliminate poaching of rhinos and the smuggling of their horns.

END_OF_DOCUMENT_TOKEN_TO_BE_REPLACED

“One cow was shot with a hunting rifle and her horns removed. After a
Bull calf’s mother was injured, he has died due to the stress of being without his mother, “
Mr. Jaco Muller of the private rhino conservation organization, Help our Rhinos Now Namibia (HorN.nam), said.
END_OF_DOCUMENT_TOKEN_TO_BE_REPLACED 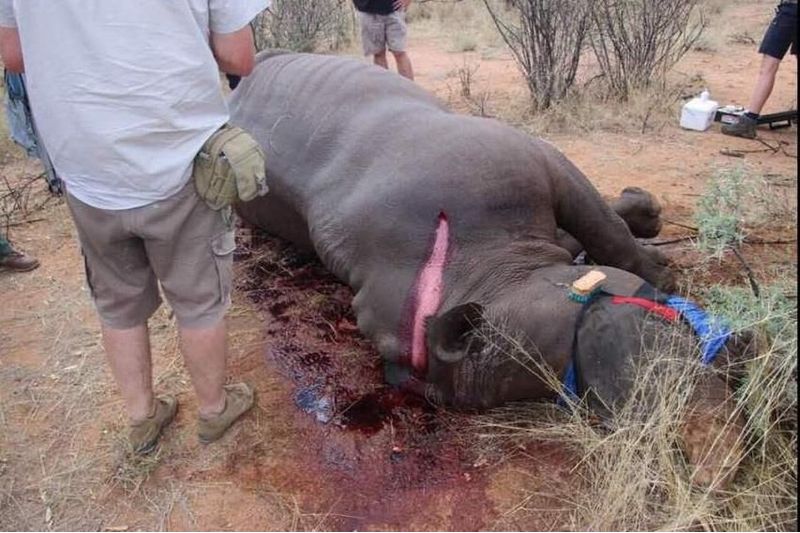 One of the four wounded rhinos on a farm in Central Namibia has died because of her injuries.

It followed after one cow were poached and her horns been removed. After a bull calf’s mother also been wounded, it died due to stress being without his mother. END_OF_DOCUMENT_TOKEN_TO_BE_REPLACED

RUNDU, 07 MAR (NAMPA)  Anti-poaching organisation Help our Rhinos NOW Namibia (HoRN.NAM) is in support of the initiative launched by South African (SA) private rhino owners to legally trade in rhino horns. HoRN.NAM chairperson, Jaco Muller in an interview with Nampa on Tuesday said, as an organisation advocating for the protection of the rhino in Namibia, HoRN.NAM is 100 per cent in favour of the legal trade initiative. END_OF_DOCUMENT_TOKEN_TO_BE_REPLACED